Searching for a job? It will be getting easier than before. As announced in Google I/O 2017 conference, google launched it’s new feature for job seekers in US.  This new job search features used machine learning to get the results from various job sites.

When you search for “jobs near me,” “teaching jobs,” or similar job-seeking queries, you’ll see in-depth results that allow you to explore jobs from across the web.

Google is working with a number of organizations from across the industry to bring the most comprehensive listing of jobs – including LinkedIn, Monster, WayUp, DirectEmployers, CareerBuilder, Glassdoor and Facebook. This means you’ll see job postings from these sites and many others from across the web as soon as they’re posted. Also direct employers jobs listing can be appears in this google job search list and for this google announced ‘open documentation‘. 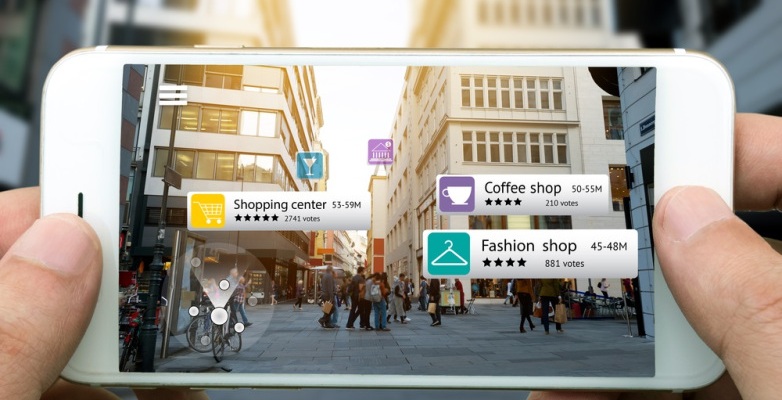 Augmented reality (AR) adds digital elements to a live view often by using the camera on a smartphone.

Virtual Reality (VR) is the use of computer technology to create a simulated environment.

Augmented Reality (AR) and Virtual Reality (VR) continue to gain momentum in the mainstream tech media. According to recent forecast data from the International Data Corporation, (IDC) dedicated AR and VR headsets collectively are expected to grow at a very strong pace from just under 10 million units in 2016 to just shy of 100 million units in 2021, with a 5-year CAGR of 57.7%. 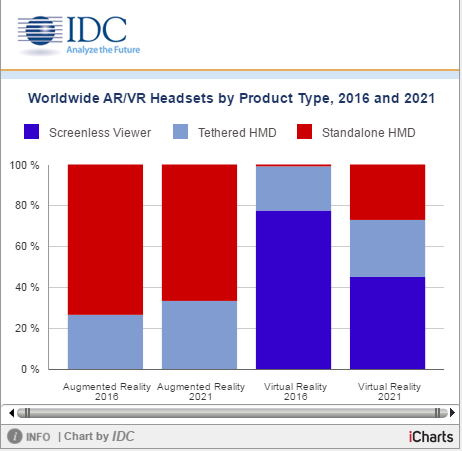 Microsoft Unveils XBox One X – The world’s most powerful console

Microsoft announced the latest games console in its line-up, a more powerful version of the Xbox One called the Xbox One X.  To be released on 7th Nov 2017 and it will cost US $499.99 or SG $699.  Microsoft proud that XBOX One X is the world’s most powerful console for gaming.  It also the smallest XBOX yet.

What are the advantages and disadvantages of WiFi ?

Wi-Fi is an abbreviation of the phrase Wireless Fidelity.

The revolutionary design of the Galaxy S8 and S8+ begins from the inside out.  The Infinity Display has an incredible end-to-end screen that spills over the phone’s sides, forming a completely smooth, continuous surface with no bumps or angles. It’s pure, pristine, uninterrupted glass. This makes up the entire front of the phone, as it flows seamlessly into its aluminium shell. The result is a beautifully curved, perfectly symmetrical device.

Bixby completely changes the way you interact with your phone. It’s a personal assistant that understands talk, text, and taps so you’re never confined to one mode of communication. It also completely changes the way you use your phone. You don’t even have to ask Bixby, just show it what you want by opening your camera app. It’s so incredibly easy.

Capture life as it happens with the Galaxy S8 and S8+ cameras. The intuitive 12MP rear camera and the 8MP front camera ensure you don’t miss a moment, whether it’s day or night.

From your photos and videos to contact and music, Smart Switch lets you easily transfer memories from your old phone to your new Galaxy S8 or S8+ 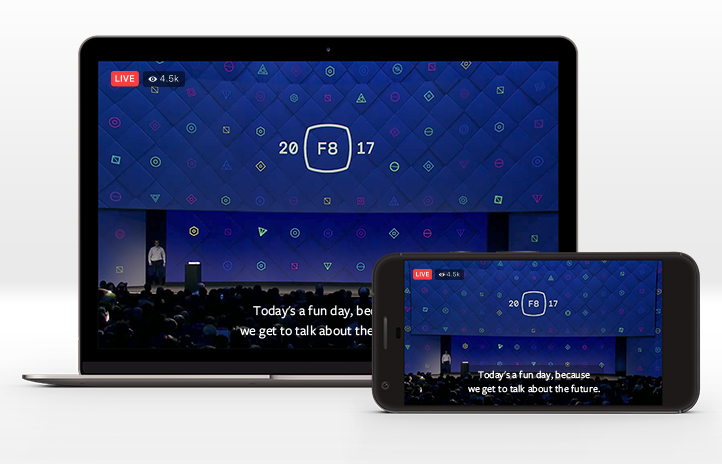 Facebook announced that the making Facebook accessible to everyone is a key part of building global community. Facebook is allowing publishers to include closed captions in Facebook Live, helping people who are deaf or hard of hearing to experience live videos. Now, if your captioning settings are turned on, you’ll automatically see closed captions on Live broadcasts when they’re available.

Over the past year, daily watch time for Facebook Live broadcasts has grown by more than 4x, and 1 in 5 Facebook videos is a Live broadcast. By enabling publishers to include closed captions with their Live broadcasts, hope more people can now participate in the exciting moments that unfold on Live.

To enable closed captions:
1. Before you go live, set up a third-party tool or start working with a third-party caption provider to enable live captions for your broadcast. Options include Ai-Media and Telestream.
2. Along with the video footage you capture in your live broadcast, insert or pass through embedded CEA-608 captions data into the live encoder.
3. Stream your live broadcast feed via the Facebook Live API.

People can then view embedded closed captions for your broadcast in a Facebook experience on Android, iOS, or web browsers.

iOS 11 makes iPhone better than before. It makes iPad more capable than ever. And now it opens both to amazing possibilities for augmented reality in games and apps. With iOS 11, iPhone and iPad are the most powerful, personal, and intelligent devices they’ve ever been. 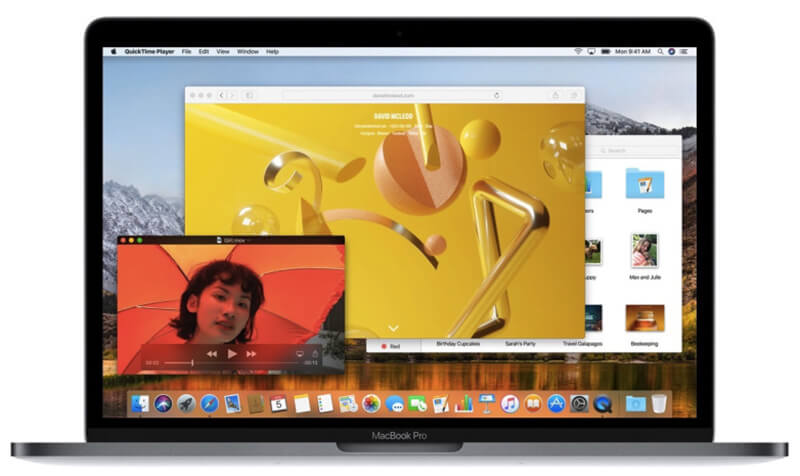 macOS High Sierra introduces new core technologies that improve the most essential functions of your Mac. From rearchitecting how it stores your data to improving how you watch videos to unleashing the full power of the graphics processors, it’s all central to today’s Mac experience.

A smarter coach and workout partner. Better in tune with your taste in music. And an even more proactive all-day assistant. With watchOS 4, Apple Watch is dialed in to you like never.

HomePod is a powerful speaker that sounds amazing, adapts to wherever it’s playing, and together with Apple Music, gives you effortless access to one of the world’s largest music catalogs. All controlled through natural voice interaction with Siri.1 It takes the listening experience to a whole new level. And that’s just the beginning.

Google I/O is an annual developer conference held by Google in San Francisco, California on 17 – 19 May 2017.

The Term “RAID” was used in 1987 by David Patterson, Garth A. Gibson and Randy Katz at the University of California, Berkeley in 1987.  In their 1988 report, “A Case for Redundant Arrays of Inexpensive Disks (RAID)” they argued that the mainframe disk drives performance can be beaten by RAID. By configuring redundancy, the reliability is beyond to any extent single drive.

The term RAID related to hard disk management technique mostly for server side.  RAID is a data storage virtualization technology that combine multiple hard disk into a single logical unit for data redundancy, reliability and performance improvement.  It has used mirroring, stripping and/or parity to achieve the RAID configuration.  Once the RAID is setup, it forms a single logical disk for the operating system.

In Stripping, hard disk divided into blocks and these blocks are stacked together and called strips. With multiple hard disks placed parallel or serial, we can achieve the stripe. Without mirroring and parity, Stripping cannot have safe data but stripping may significantly improve the I/O performance.

Mirroring is most trusted method for data protection in RAID.  This is straightforward way to understand as it copies identical data onto more than one drive in real time. It most commonly used in RAID 1. In case the first disk failure, the controller uses the second disk to serve the date, and it makes the data available continuously without any disruption.

When the failed disk is replaced with a new disk, the controller copies the data from the surviving disk of the mirrored pair. Data is simultaneously recorded on both the disk. Though this type of RAID gives you highest availability of data but it is costly as it requires double amount of disk space and thus increasing the cost. 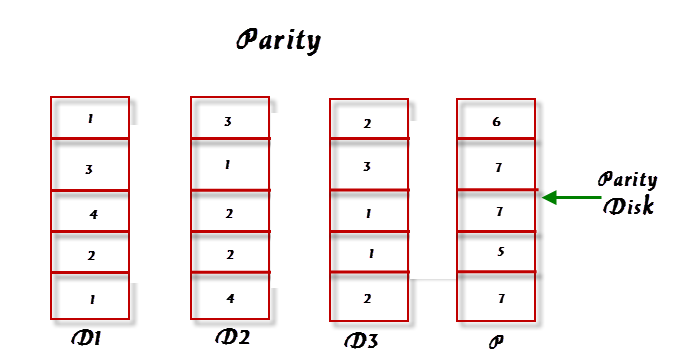 This is reliable and low-cost solution in RAID for data protection. In this method, an additional disk is added to stripe width to hold parity bit.  Parity used for fault tolerance by calculating the data in two drives and storing results on third drive.  RAID 3 used parity disk for fault tolerance and fast data stripping.

The parity bits are used to recreate the data during the disk failure.  Parity information can be stored a separate disk or can be stored across all disks.

In hardware-based RAID, physical controller is used at motherboard or at separate RAID card to present the data to the applications and operating systems as logical units. The controller resides on a PCI bus.

RAID 0 knows as stripping.  Data split and stored across two or more disks, without any parity, redundancy or fault tolerance.  Since RAID 0 has no fault tolerance, the failure of one disk will cause the entire array to fail.

In RAID 1, data is writing simultaneously in two disks. It consists of exact set of data (mirror) on two or more disks.  If one disk failed, the data can be retrieved from the other disk.

RAID 2 is rarely used in practice, it stripes data at the bit level rather than block level. It uses a hamming code for error connection. 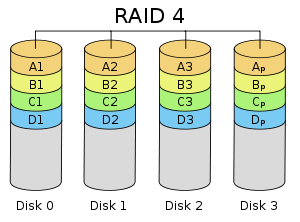 RAID 5 consist of block level stripping with distributed parity. In RAID 4 parity information is distributed among the disks. It requires that all drives but one be present to operate.

Upon failure of a single drive, subsequent reads can be calculated from the distributed parity such that no data is lost.

RAID 10 also known as RAID 1+0. It combined disk mirroring and disk stripping to protect the data. If one disk in each mirrored pair is functional, data can be retrieved.